In 1959, a portion of Route 34 was transformed from a route that wound along New Haven’s urban streets into a “limited access expressway”— a road designed for high speed traffic only and not suitable for walking, biking, parking, or conducive to economic development. The newly built roughly mile long stretch of expressway was dubbed the “Oak Street Connector,” a reference to the neighborhood that was removed to build it.

When the Oak Street neighborhood was removed, 881 households and 350 businesses were displaced, homes and stores demolished. In their place, a portion of new expressway—the Oak Street Connector—was constructed to carry Route 34 from Interstate 95 and through the heart of New Haven. 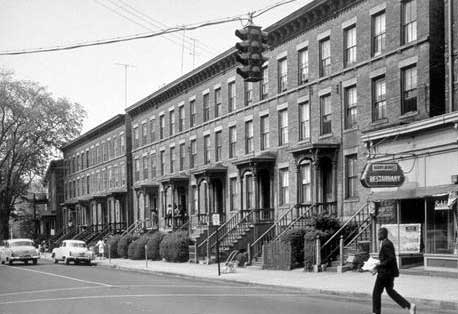 The expressway is the unfinished legacy of the urban renewal era, when the Oak Street neighborhood was demolished to make way for Route 34.

The conversion of Route 34 from a system of roads into a limited access expressway was originally planned to continue through New Haven and into suburban towns to the west. However, after construction of the Oak Street Connector, progress halted. Plans to extend the expressway were slowly abandoned beginning in the 1970s, and by the 1990s the project had been completely abandoned. As a result, the Route 34 limited access expressway was never extended beyond Ella Grasso Boulevard in New Haven. At just about one-mile long, the Oak Street Connector portion of Route 34 came to be referred to as “the expressway to nowhere.” 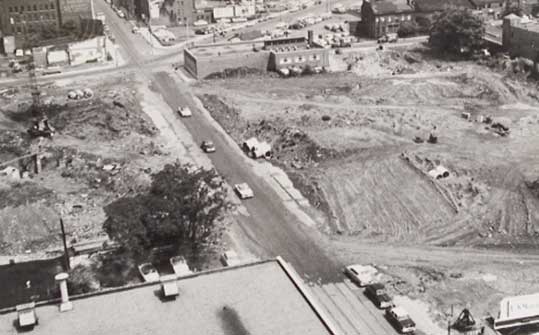 The expressway, its exits and entrances, rendered acres of land unusable for anything but high-speed motor vehicle travel. City streets severed for the construction of the expressway resulted in the loss of additional acres of once-developable land. Since Route 34 was not traversable by bike or foot, it also served as a physical barrier between New Haven neighborhoods—severing access between Downtown, Union Station, and the Hill. 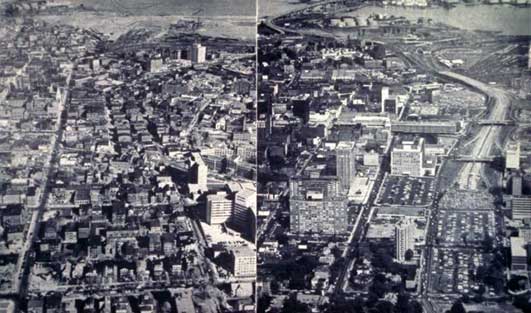